US cops amazed at how well Indian police handles policing. 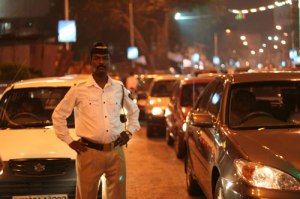 An article in the Economic times dated 6th December 2013, mentioned how US police chiefs from Los Angeles, Austin and Aurora were amazed at the way their Indian counterparts handle the policing challenge due to the sheer volume of the population.  Art Acevedo, the Chief of Austin Police Department, said he was taken aback by the policing complexities in India and said police here had done really well. “Watching a cop here controlling the traffic is like watching a ballet,” a US cop said. Given the volume of the population to be handled and the magnitude of law enforcement required, Indian cops have done a commendable job. All that is needed, is some cooperation and initiative from the citizens to support the police on various civic issues to bring about a positive change in the society.