Despite having the world’s second largest roads network of 3.2 million kilometers; the condition of Indian roads is appalling. Burdened with the responsibility of 70% of the country’s freight & cargo,and an astonishingly high 85% of the nation’s traffic; the roads are far from safe. They are in urgent need of attention, quality-control, and safety regulation.

The accidents that take place on an alarmingly high rate on our roads spell some very scary figures.For instance, Personal Injuries sustained across Indian roads occur too frequently. The number of fatal road accidents in India is 1.8 lakh every year and increasing. Further, 350 people die &7000 people are injured everyday due to road accidents. That translates to 1,27,750 and 25,55,000 each year respectively. The ratio of Injured to Killed 1: 20. The most disillusioning part, more than half these fatalities are of people between the ages of 15 & 44 years, making them the family bread winners! 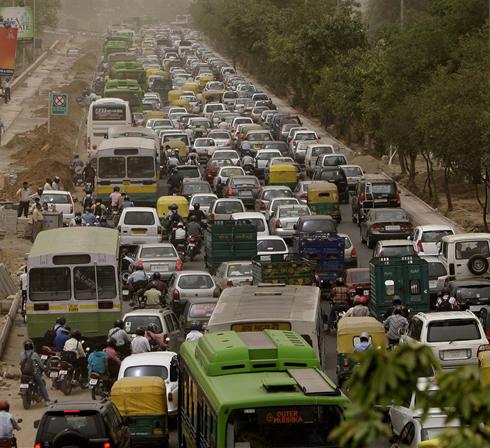 Aside from the unquantifiable emotional loss owing to people-related accidents, the sorry state of the road network also witnesses a huge amount of monetary losses. Traffic snarls, a common occurrence across towns & cities in India, causes loss of productivity. The loss of man hours and productivity runs into thousands of crores of rupees. The loss in GDP is estimated at Rs 75000 crores, being 1% of the GDP of India!

The road network conditions have reached a critical breaking point. Cities are swelling with traffic, inter-city roads are do not see proper up keep and have increasing accidents, both personal & property, and our dependence on the road network itself, for lack of other robust & efficient transport systems, despite ironically having the world’s largest rail-network; are all causes for grave concern.

One never feels safe. Be it a child going to school, an elderly grandparent taking a walk on the street, a husband driving back into the city after a meeting at an off-site, or pregnant home-maker returning from her groceries shopping. Much less, if one is moving cities and is on an inter-state highway, with family, bag & baggage in tow.

We need to delve deeper into the road-conditions and take it upon ourselves to come up with an urgent & effective set of solutions, and then enforce them.

Champion the cause for safer roads for ourselves, by ourselves. It is time to become the voice of change, on the road to change!

Posted in Condition of India Roads